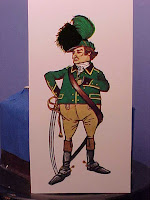 This figure was inspired by a caricature study, by Peter Copeland, of British Lt. Colonel Banastre Tarleton during the American Revolution.
I wanted the figure to resemble the illustration as close as possible, but as I put putty to paper clip, it took on a life of it's own. I "married" a 54mm scale head to a 1/35ish body. Giving the head an exaggerated forehead, nose and chin. In hindsight I should have made the leggs more "stubby" but all in all I hope to have captured the spirit of Copeland's illustration.
It was a fun project and I hope try this type of sculpture again.
Posted by Jason at 4:29 PM 2 comments: 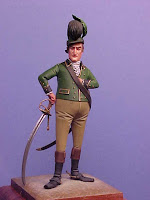 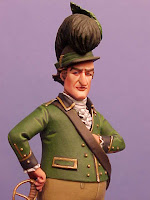 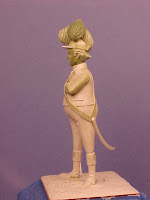 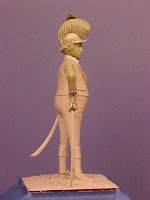 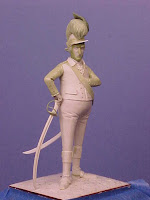 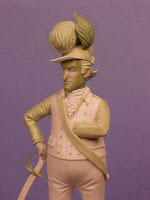