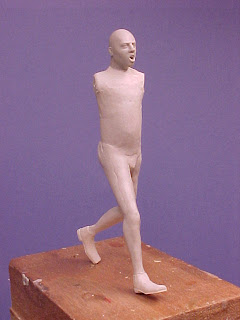 I've been a figure modeling fool this past month! Completing three figures in a little under six weeks.

First off is a Grenadier from the Brunswick Regiment Von Riedesel. This figure was a bear to do. I originally was going to paint the mitre cap plate a brass color, using the Trioani study as a guide. Having a feeling his illustration of the mitre cap was to show "sheen", I decided to use all possible resources. Further research led me to the "Perry Minature's" website and the description for the Von Riedesel mitre plate was similiar to the Regiment Prinz Friedrich-white metal plate with yellow bag and white tape. It was interesting to find that the Brunswick Grenadier plates were all stamped the same according to it's principality. With the cipher of Carl I, Duke of Brunswick and the running or leaping horse being a dominate feature. I would have liked to find a period illustration of these German soldiers ticking overalls (painting this figure's overalls took over six hours!), but one has to be content with contemporary images and period descriptions.

The head is from Hornet's 1/32 scale heads. The Musket is a Shenandoah coversion. 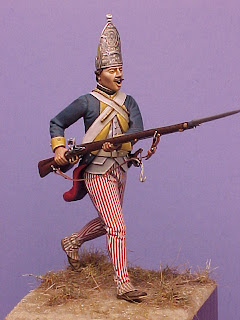 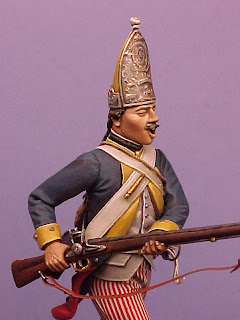 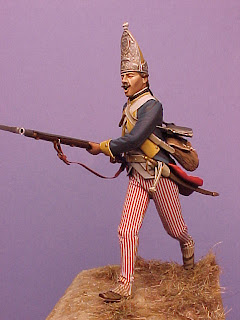 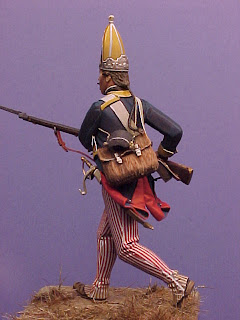 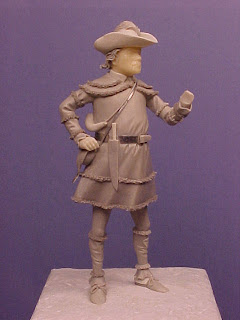 This figure was a inspired by a Peter Copeland caricature study of a Continental Minuteman.

These caricature figures are a joy to do and I plan doing more in the near future.

The head is from MIG. I chose this head because of it's wonderful character, so it practicaly painted itself. Not sure where the rifle came from. Just another spare that I picked up over the years. 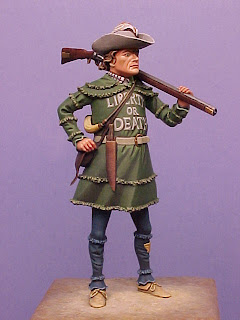 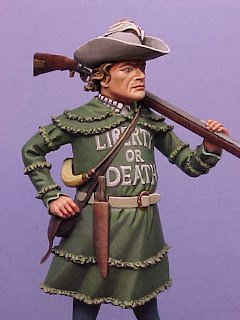 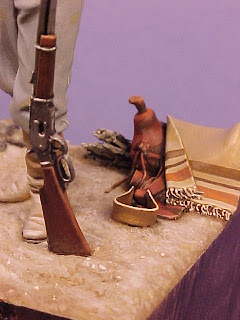 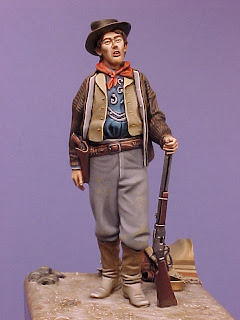 "There's many a man with face fine and fair
Who starts out in life with a chance to be square
But just like poor Billy, he wonders astray
And loses his life in the very same way"

From~"Ballad of Billy the Kid" 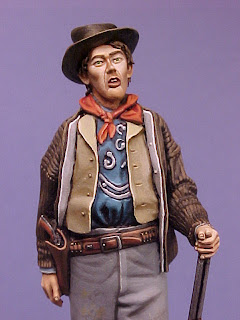 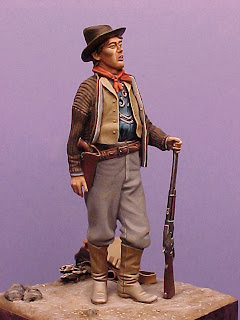