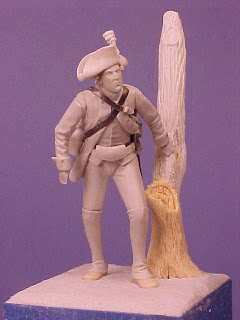 My latest figure is of a Hessian Jaeger in British service during the American Revolution. These were elite troops recruited from hunters and gamekeepers and were famous for their skills as riflemen and skirmishers.

The figure itself is more 1/35th scale rather than 54mm. The head is from Hornet and the "rifle" is a Wolf conversion. The trigger guard was a bear to make. Made of sheet lead, it was tough to manipulate because of the guards unique shape.

I originally planned to have this figure posed lying down firing over a stump but decided he really should be shown upright. I wanted to place him in a wooded environment so I combed through my stash and found a stump by Armand Bayardi. The stump was tad small for what I wanted so I added about an inch and a half. To add the extra length I drilled a hole in the center of the casting and used paper clip wire as an armatrue. Applied putty to the armature and sculpted the bark using a knife and toothpick. The whole process was much quicker and easier than I thought.

Thanks a ton again to Gary Dombrowski for his help. 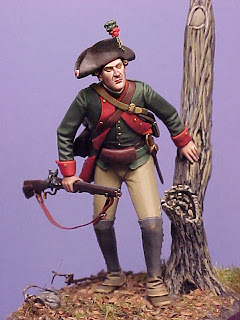 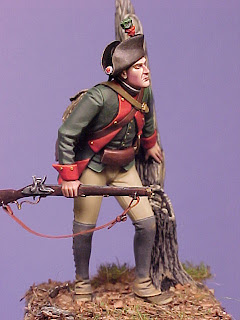 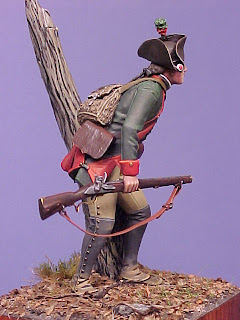 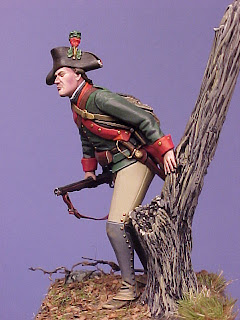