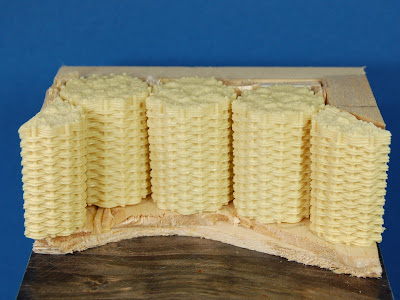 Well it's been two months since my last post. Thanks to all who have been visiting.

My current project is a commission piece depicting some of the well known commanding officers of the Rebel Army at the siege of Yorktown, Virginia in October of 1781.

Though none are American, they all played important roles during the Revolution.

Those that will be depicted are as follows-Marquis de LaFayette, Friedrich von Steuben the Comte de Rochambeau and the Duc de Lauzun.

I had to do some digging throug my spare heads for appropriate features that I feel resemble the characters.

The collector who commissioned this piece wanted three officers on foot, standing on a fortification, with one mounted riding up to the trio. I, at first, had the horse parallel to the trio with the gabions surrounding the horse. This didn't work. When I put the mounted figure on horse he took up too much space and looked like the center piece of the vignette. I didn't want that. So I hacked off the far left gabion and chipped away alot of the wood. This will allow the horse and rider to be positioned at an angle and allow the foot figures some spot light. The dead space on the base I added a spent cannon ball and a clump of sod. I feel this composition looks much better and tells a better story. 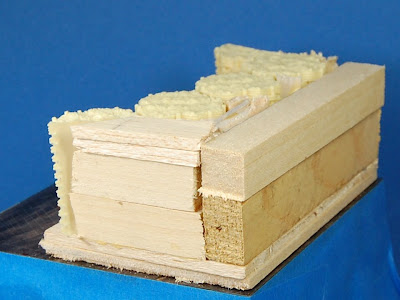 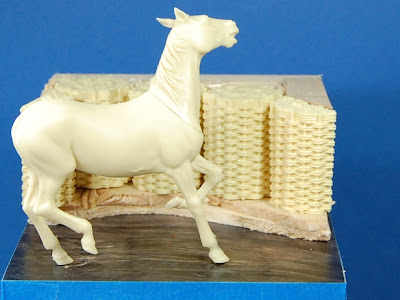 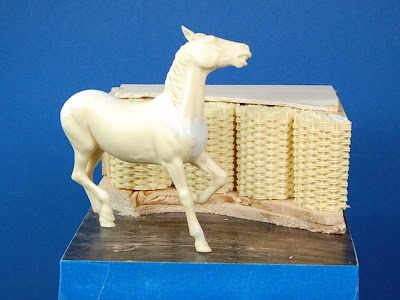 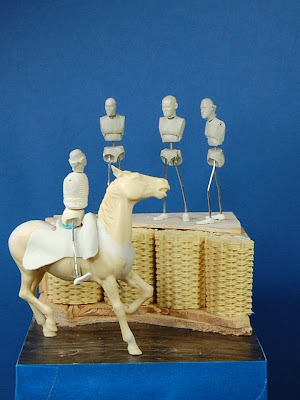