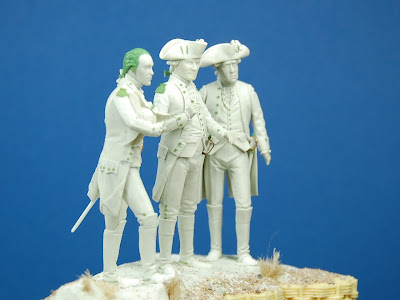 Here's some closer pics of the trio, in particular LaFayette. I chose a head from Historex, one that had youthful features. I had to do alot of carving on this head because most of it with ears was covered with a bandana. I resculpted the forhead and added ears and hair.

I'm well into painting the horse and it's becoming a project tougher than planned. I have been going back and forth with the base so as to not get sloppy with the horse. 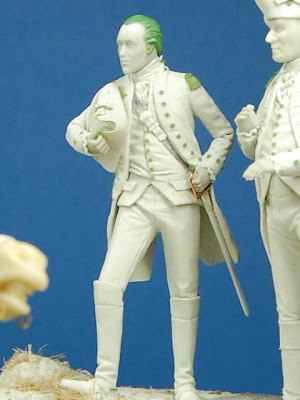 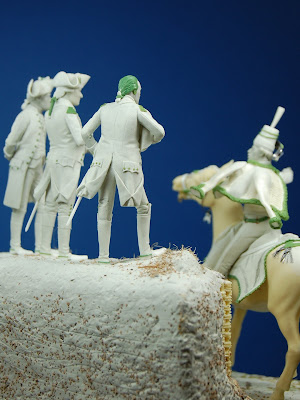 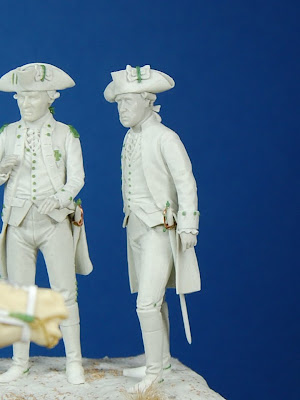 Here's some closer pics of Steuben and Rochambeau. I chose heads that I felt were close in resemblance to their character. For Steuben I picked a head from MIG that had mature features. And for Rochambeau, a piece from Historex, that had a austere, mature, and commanding look.

Painting for Steuben is finished, I just need to add the telescope to his hands and sculpt thumbs. Lauzun is alomost finished, I need to add his saber and saberattache. The horse is about 40% complete and the groundwork has its base coats. 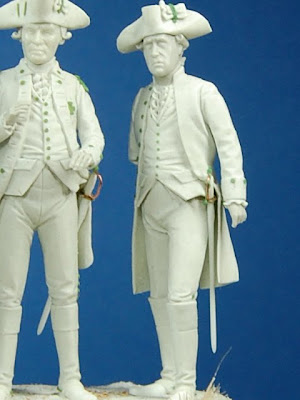 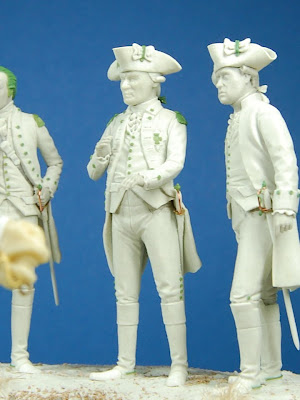 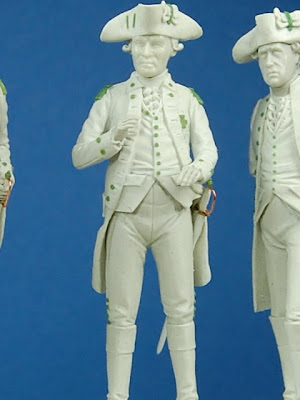 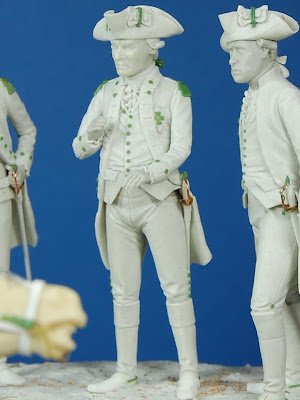 From what I've read, there is only one known period image of the Duc de Lauzun, it's a profile engraving done sometime during his life. There are several artist interpretations of what he may have looked like during his time spent in America. Of the images I have seen of him, half depict him with a moustache. Why? I'm thinking this was the fashion for French cavalry units at the time and thus the artist depicts him in such manner. I've featured a couple artist renditions of the Duc. The one the collector really liked and myself, is Bill Horan's figure. My version will be slightly different.

As for the figure, I used the upper torso of a Historex hussar dolman piece. The Pelisse is also from Historex. I had to do a minor conversion with this piece as it did not lay like I wanted and was not very form fitting. I cut it in half to make it lay right, filled in the gaps w/ putty and added fur to the edge as the exisiting one was not very detailed. Even though I had to do a little cutting and carving, these two pieces saved me a lot of time.

More later. Thanks for following. 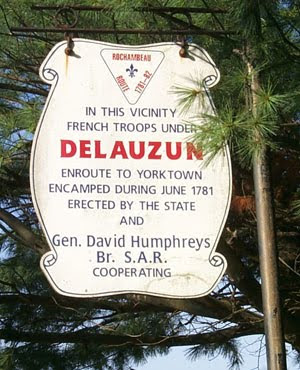 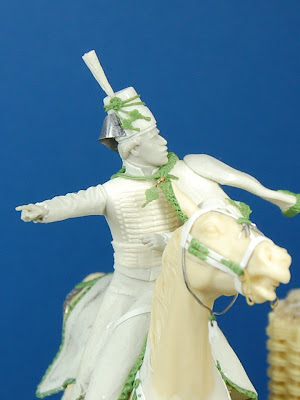 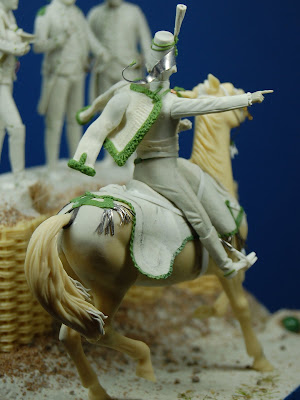 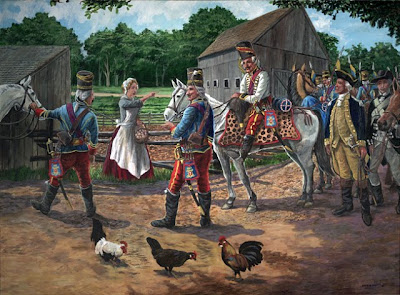 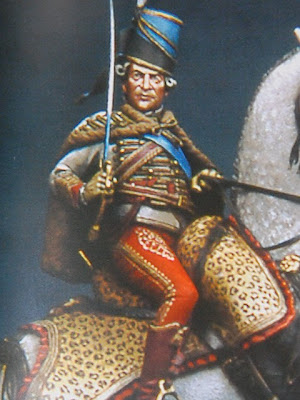 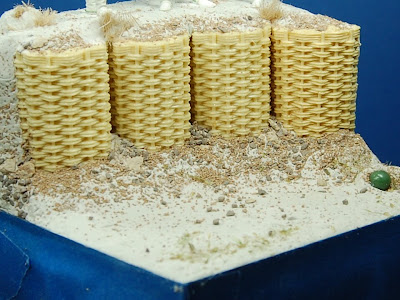 Here's the finished sculpt. I will post closer pics of each figure later.

As for the base, the amount of putty used to cover it was much smaller than I had planned. I applied the putty in sections, starting with the back, working my way to the sides, top and foreground, adding debris and texturing with a rough stone as I went.

The gabions are from Armand Bayardi. He makes really neat model accessories. Very detailed and are wonderful additions to a vigentte/dio.
I used three whole gabions and one half. I could have used four half's but using "whole" pieces adds a little more depth.

More later. Thanks for following. 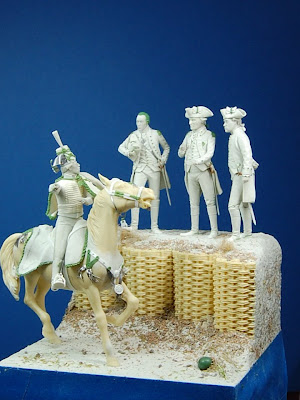 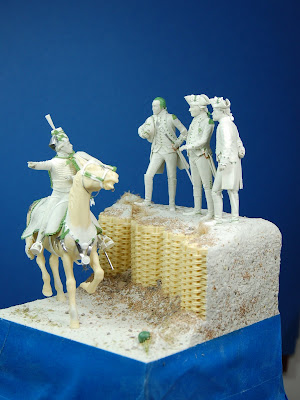 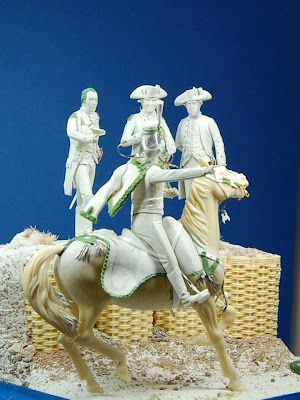 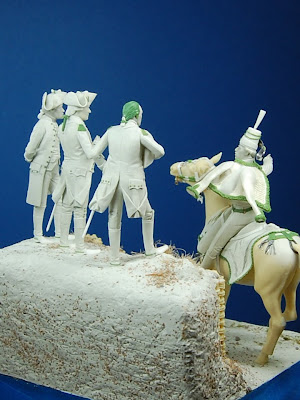