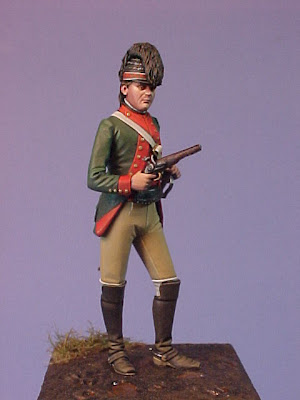 Here's my latest original. It was inspired by a pose in a Don Troiani study of a different dragoon regiment. The head is from Hornet and the pistol is a Shenandoah conversion. 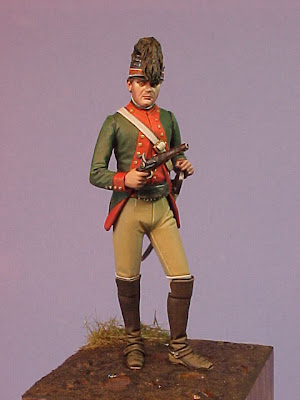 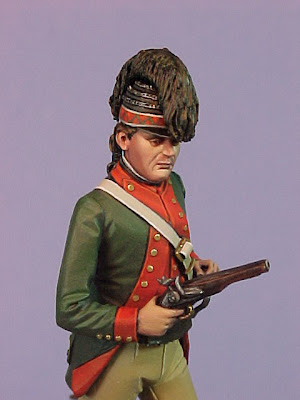 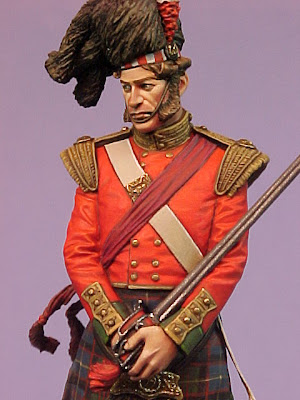 My latest figure is Latorre's Highlander Officer in the Crimea. This is the type of figure that can take any good sculptor back to school. The detail Latorre put into this piece is phenomenal. It practically painted itself. At first I was a bit intimidated but once I started spreading colors it flowed nicely. And this was my first real attempt at a tartan which turned out better than I thought.
This figure will surely go down as a classic if only for it's elegance.
I apologize for the lousy pics. The red of the jacket is not that bright. 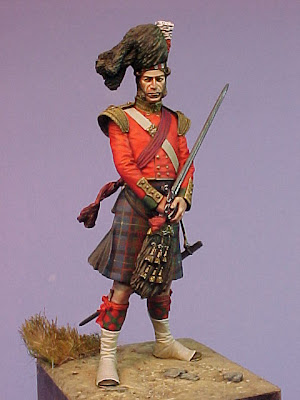 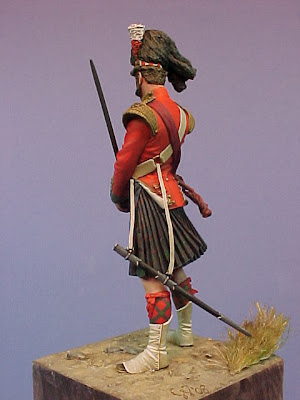 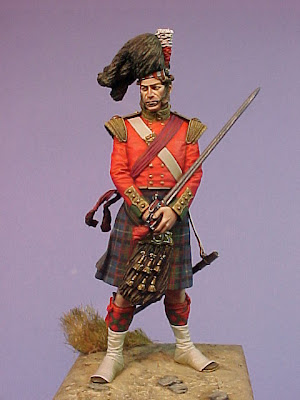 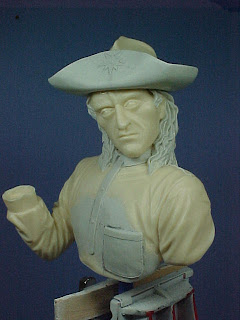 Alot of conversion work went into this piece. The collector wanted the bust wearing a shirt that is featured in Time-Life's "Echoes of Glory-Arms and Equipment of the Confederacy" (pg.155) as well as the hat (pg.167). I was also asked to have him holding a Bowie knife rather than a saber.

I started on the hat brim. This was probably the easiest part of the conversion. I cut off the entire brim and replaced with one made of rolled out putty. The reason I did this was to replicate the original which was more "curled" than the kit version. I then added the star and buttons.

The shirt front, placket and collar was next. I filled in much of the creases and folds to give a flatter painting surface.

The hair was the most labor intensive part. I felt the hair was too thin for the subject. I looked at examples in Baroque sculpture to give me ideas and inspiration but of which left me with "how the heck did they do that?!" I know I wanted more fullness and curl, something that reflects his attire...A Dandy!... Needless to say alot of putty went into this part. Knowing that I had little time before the putty starts to cure I decided to sculpt this in two sections. After much manipulation I ended up with something I was satisfied with. How those Masters sculpted/chisled elegant flowing hair is still a mystery to me.

There is some touch-ups to be done and I'm waiting on the base. Sorry for the poor pics I used the OTT-Lite's to help with photographing. 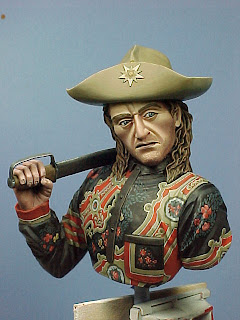 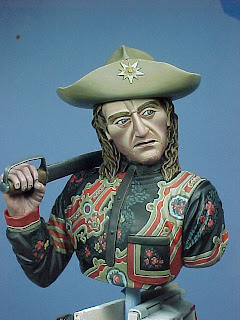 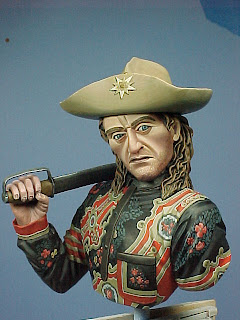